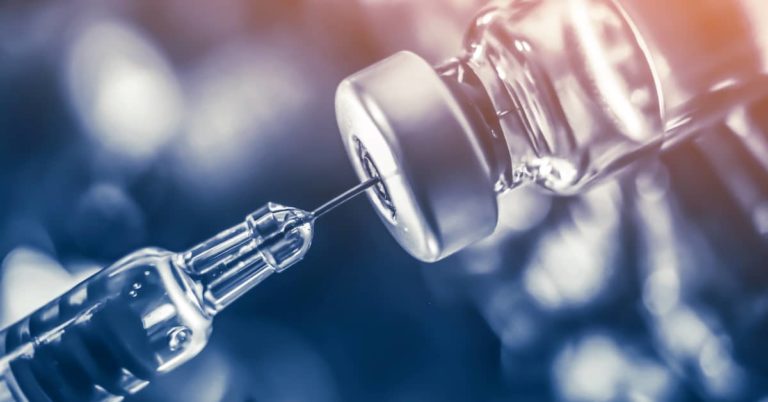 A recent March 2022 case in the District of Connecticut is one of the latest vaccine products liability cases to address tested preemption issues.

The plaintiff in Herlth v. Merck & Co., Inc., 2022 WL 788669 (D. Conn. Mar. 15, 2022) was fifteen (15) years old when she received the Merck & Co. (“Merk”) Gardasil vaccine in 2013 following her mother’s consent. Plaintiff claimed “overall good health” before receiving the first dose of the vaccine, but after receiving her second dose she began experiencing “dizziness, shakiness, headaches, and nausea” among other symptoms which developed over time. As a result, Plaintiff never received the third and final dose of the vaccine. Eventually, Plaintiff’s myriad of symptoms were diagnosed as both Postural Orthostatic Tachycardia Syndrome (“POTS”), a condition affecting the autonomic nervous system, and chronic fatigue syndrome (“CFS”). Initially and prior to bringing the current suit, Plaintiff originally brought claims under the Vaccine Act in Federal Claims court as is required under the Act. That suit was dismissed for “insufficient proof.” Plaintiff then brought the current lawsuit with claims premised on the Connecticut Product Liability Act (“CPLA”) and common law fraud. Plaintiff’s claims for failure to warn, manufacturing defect, and negligence each were subsumed under the CPLA claim. Ultimately, the court dismissed Plaintiff’s claims in their entirety for preemption or failure to state a claim under Rule 12(b)(6).

The court first considered Plaintiff’s failure to warn claim. As with prescription drugs, a vaccine’s labeling is approved by the United States Food and Drug Administration (“FDA”). Following initial approval, a change is typically only permissible upon FDA approval of such change. However, a label may be changed unilaterally by a manufacturer under the so-called “changes being effected” (“CBE”) regulation based upon and to reflect “newly acquired information” concerning the label’s warnings, precautions, adverse reactions, or proper dosage. Thus, the court reasoned that Plaintiff’s failure to warn claim is preempted unless “she has pleaded a labeling deficiency that [defendant] could have unilaterally changed in accordance with the requirements of the CBE regulation.”

The first prong of the preemption analysis is whether Plaintiff alleged any new information concerning the type of injuries she alleged she has sustained during the time period between the vaccine’s FDA approval of the vaccine in 2006 and prior to her use of the vaccine in 2013. It is not enough for the plaintiff to merely allege new information, rather the alleged new information must concern Plaintiff’s alleged injuries so as to establish the failure to warn as the cause of such alleged injuries. In a review of Plaintiff’s complaint, the court found that the complaint was “replete” with alleged potential risks of the vaccine, but “most of those risks bear no relation to [Plaintiff’s] alleged injuries.” The court went on to explain that many studies and articles that Plaintiff cited to were published after the plaintiff took the vaccine, and several did not relate to POTS, CFS, or even the Gardasil vaccine at all. With respect to POTS, the court’s review of Plaintiff’s cited articles revealed that even among those within the relevant time period, “some describe no more than a theoretical relationship between Gardasil and POTs, while others consist of case reports from individual patients.” As such, Plaintiff had not pleaded newly acquired information which contained “reasonable evidence” of a causal association between her alleged injuries and her receipt of the vaccine. Plaintiff’s failure to warn claims were therefore preempted.

Plaintiff attempted to avoid her pleading deficiency by arguing that in Merck Sharp & Dohme Corp. v. Albrecht, 139 S.Ct. 1668 (2019), the Supreme Court clarified that preemption was an affirmative defense and as such the burden lies with the defendant “to show the non-existence of newly acquired information.”  The court rejected Plaintiff’s argument, noting that the Supreme Court in Albrecht only clarified the standard for showing “clear evidence” as is required under the second prong of preemption analysis in the event that the plaintiff first establishes the existence of newly acquired information under prong one of the analysis. More specifically, the court noted that the manufacturer in Albrecht had already conceded that the pertinent label could have been amended under the CBE regulation – the Supreme Court only considered whether the plaintiff’s claims in that case were nevertheless preempted due to a showing by the defendant that the FDA still would have denied the label change in spite of such newly acquired information. The court went on to note that Albrecht made no such findings as to the issue of a plaintiff’s pleading requirements in cases such as Helbrecht where the manufacturer has made no such concession.

Plaintiff then argued that drug labeling preemption was inapplicable to vaccines such as Gardasil. Specifically, she put forth the contention that because the Vaccine Act expressly preempts state-law design defect claims against manufacturers, then therefore the implication of such framework is that Congress decided against preemption of failure to warn claims under the Act.  The court would not “infer from the fact that Congress decided to make it harder to sue a vaccine maker for a design defect that it must have intended to open the floodgates to suing vaccine makers for a failure to warn.” The court dismissed Plaintiff’s CPLA claim to the extent that it relied on failure to warn product liability.

The court then looked at the merits of Plaintiff’s allegations set forth in the complaint “in a blunderbuss fashion” that “lump[ed] a number of disparate theories of product liability under the general head of negligence.” The court dismissed Plaintiff’s theories resting in failure to warn, design defect, and manufacturing defect per its rulings above. Of those negligence claims remaining, Plaintiff alleged fraud and intentional misrepresentation. Specifically, Plaintiff claimed fraud to consumers through direct-to-consumer (“DTC”) advertising and fraud to medical providers. In both cases, Plaintiff failed to meet the heightened pleading requirements necessary to allege fraud with particularity under Rule 9(b). Generally speaking, Plaintiff’s series of claims of fraudulent behavior was dismissed by the court as either lacking evidence or as failing to point to evidence of motive or intent to defraud the plaintiff.

To the extent that Plaintiff’s intentional misrepresentation claims were rooted in “incomplete warnings and instructions,” those claims were dismissed on the same grounds as the preempted failure to warn claims. With respect to her marketing or DTC claims, Plaintiff could only identify one ad campaign that ran prior to her first dose of the vaccine and made contradictory allegations as to whether that ad disclosed side effects. Irrespective of Plaintiff’s inconsistencies, the court found that Plaintiff did “not allege any specific statements in the ad that were made with known falsity . . . [w]ithout more specificity, the complaint does not demonstrate with particularity or plausibility that the ad was either false or misleading.” Rather, the court stated that Plaintiff had merely described a “perfectly ordinary advertisement” which emphasized the relevant products strengths while minimizing its own weaknesses. Under Second Circuit law, Plaintiff was also required to “allege facts that give rise to a strong inference of fraudulent intent” which cannot be contingent on “general profit motive.”  Since Plaintiff only set forth conclusory allegations related to profit motives, the court her fraud claims failed and were dismissed for this reason also. Plaintiff’s fraud to medical providers claim was even more vague and therefore did not plausibly allege how Plaintiff’s pediatrician or anyone else relied upon Merck’s alleged misrepresentations which then caused Plaintiff’s injuries.  Her fraud-on-the-FDA theory both failed on grounds that it 1) did not meet the particularity standards of Rule 9 and 2) was preempted under Buckman Co. v. Plaintiffs’ Legal Comm., 531 U.S. 341, 348 (2001). That left two remaining claims for negligent misrepresentation and common law fraud – both of which were dismissed by the court for failing to meet the heightened pleading standing under Rule 9 and as subsumed by the CPLA, respectively.

If your company is facing actual or potential products liability exposure, the experienced litigation lawyers at Kendall PC can help.

Contact our litigation attorneys today online or at (484) 414-4093. We proudly serve small, emerging, and mid-size businesses throughout the United States and across the globe. 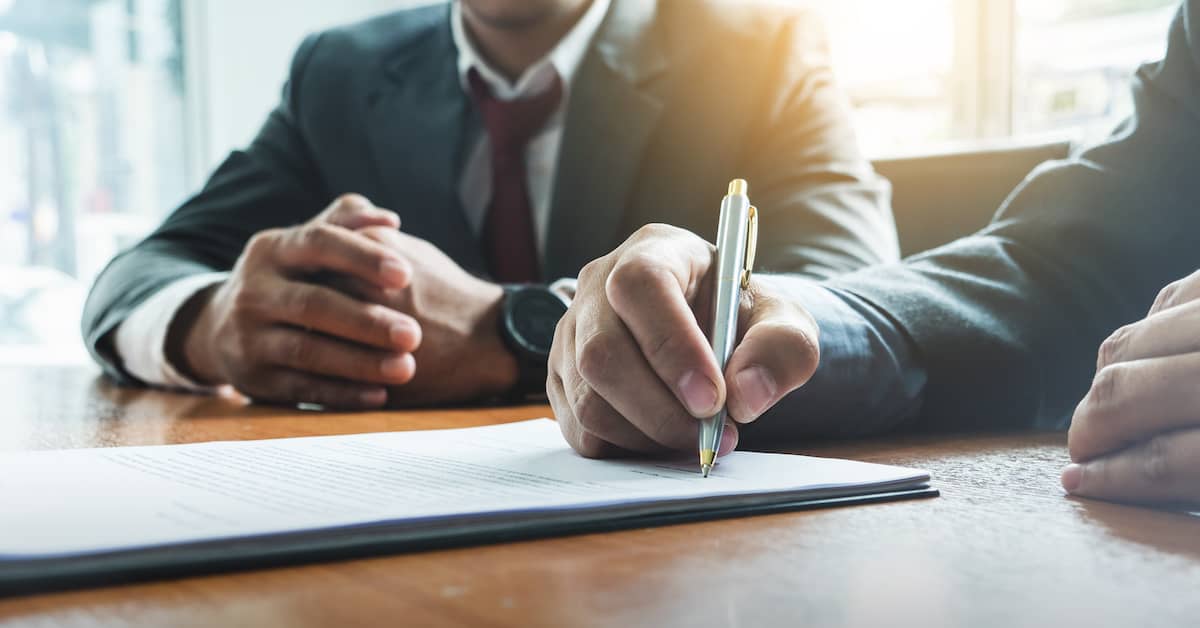 What Are the Key Drivers of Commercial Contracts?
By: Kendall PC 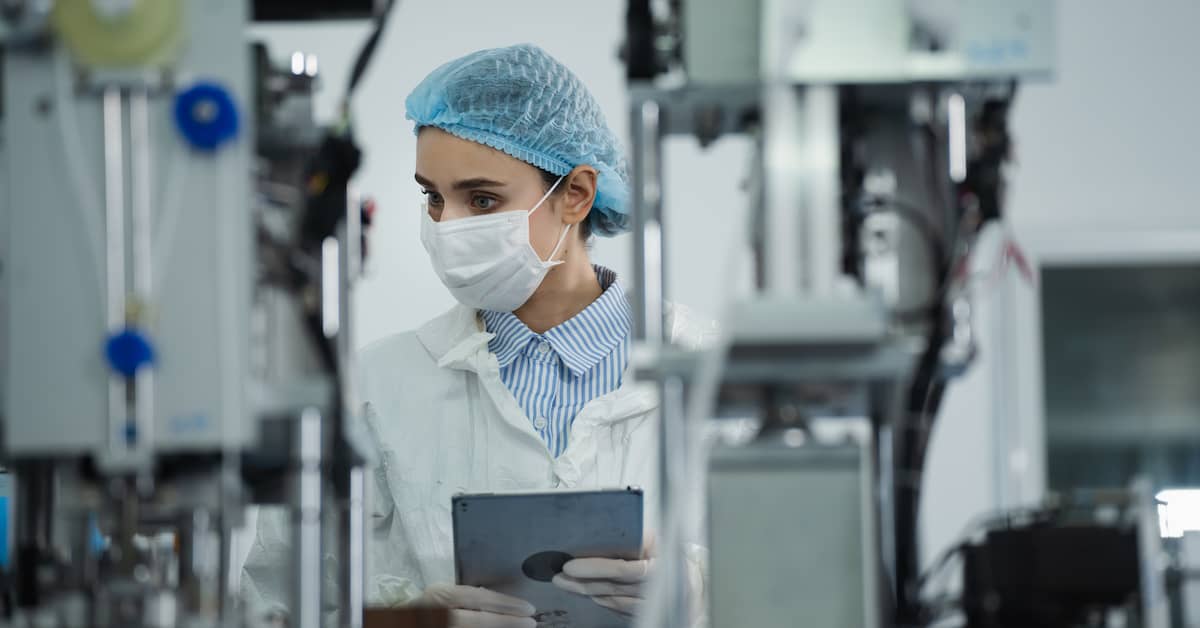 What’s the Difference Between AdvaMed and PhRMA Code?
By: Kendall PC
We use cookies on our website to give you the most relevant experience by remembering your preferences and repeat visits. By clicking “Accept All”, you consent to the use of ALL the cookies. However, you may visit "Cookie Settings" to provide a controlled consent.
Cookie SettingsAccept All
Manage consent